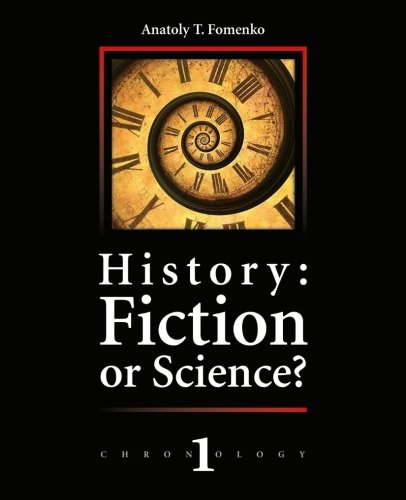 History: Fiction or Science? is the most explosive tractate on history that was ever written – however, every theory it contains, no matter how unorthodox, is backed by solid scientific data. The book contains 446 graphs and illustrations, list of 1534 sources, copies of ancient manuscripts, and countless facts…

History: Fiction or Science? is the most explosive tractate on history that was ever written – however, every theory it contains, no matter how unorthodox, is backed by solid scientific data. The book contains 446 graphs and illustrations, list of 1534 sources, copies of ancient manuscripts, and countless facts attesting to the falsity of the chronology used nowadays. The dominating historical discourse was essentially crafted in the XVI century from a rather contradictory jumble of sources such as innumerable copies of ancient Latin and Greek manuscripts whose originals had vanished in the Dark Ages and the allegedly irrefutable proof offered by late medieval astronomers, resting upon the power of ecclesial authorities. Nearly all of its components are blatantly untrue! True, it is quite disturbing to see the magnificent edifice of classical history turn into an ominous simulacrum brooding over the snake pit of medieval politics. Who, When and Why then invented Antiquity and Dark Ages? The consensual world history was manufactured in Europe in XVI-XIX centuries with political agenda of powers of that period on the basis of erroneous clerical chronology elaborated in XVI-XIX centuries by Kabbalist-numerologist Joseph Justus Scaliger and Jesuit Dionysius Petavius. The objections to such ‘chronology’ by Sir Isaac Newton or Jean Hardoin, Curator of Louvre under Louis XVI were discarded. – By the middle of XVI th century the prime political agenda of Europe that reached superiority in Sciences and Technologies, but was still inferior militarily to the Evil Empire of Eurasia, was to free Europe. – The concerted effort of European aristocracy, black and white Catholic clergy, Protestants, humanists and scientists in XV – XVII th centuries in creation and dissemination of fictional Ancient World served this agenda. – The fictional Ancient World was created by representing events of XI-XVI centuries as ones that happened thousands of years before according to the ancient sources they wrote by authorities they invented. – The European aristocracy, a considerable part of which were fugitives from Byzantine and/or the inheritors of Eurasian warlords, supported the myth of Ancient World to justify its claims to countries they ruled. – The black and white Catholic clergy, Protestants developed and supported the myth of Ancient World to justify their claims of being more ancient and to separate themselves from Eurasian orthodoxy in the countries ruled by European aristocracy. – The scientists supported the myth of Ancient World as safe cover for their heretic research that produced results contrarian to the tenets of Christianity. They justified their discoveries by authorities of ancient scientists they themselves invented and used as pseudonyms. – The humanists developed and supported the myth of Ancient World as a convenient safe haven for their ideas that conflicted with Christianity and aristocracy. They disguised and justified their ideas on authorities of ancient authors of their own making and wrote under their glorious aliases. How come that mathematician Dr.Fomenko got interested in the chronology? Dr.Fomenko et al have started their research back in 1973 as an anecdotical byproduct of Russian-American competition in Moon exploration when both USA and USSR had to develop new high-precision computer-assisted methods of calculation of Earth-Moon telluric system. These methods have on one hand allowed for the precise Moon landing operations but on the other have proven irrefutably that the solar eclipses of Antiquity referred to in ‘ancient’ Chronicles were actually medieval, therefore the chronology they are dated with is erroneous. Consequently, the scientists Dr.Fomenko et al have decided to verify it. The series of ‘History: Fiction or Science?’ books contain the results of 40 years of meticulous and extensive research. Welcome to the first volume of New Chronology! 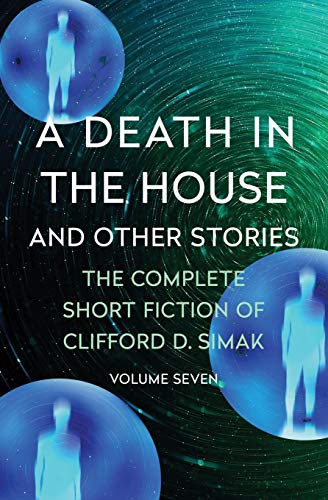 A Death in the House: And Other Stories (The Complete