No Sanctuary: The Complete Bestselling Series 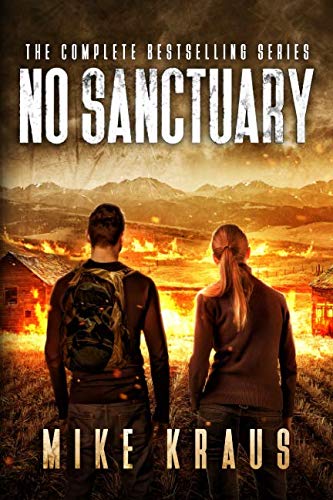 A nationwide terrorist attack has left the country in shambles and the country's transportation capabilities are crippled beyond repair. Frank Richards barely escapes with his life when he watches his truck explode in front of his eyes. As chaos descends across the country, Frank's home-grown survival and preparedness training…

A nationwide terrorist attack has left the country in shambles and the country’s transportation capabilities are crippled beyond repair. Frank Richards barely escapes with his life when he watches his truck explode in front of his eyes. As chaos descends across the country, Frank’s home-grown survival and preparedness training and the help of a mysterious stranger he meets are the only things he can rely on to see him safely across the thousand miles separating him and his loved ones. Frank Richards has been an accountant for most of his life, but when the economy took a turn for the worse he was forced to take the only job he could find – driving tractor-trailers cross-country. Thanks to his parents being dyed-in-the-wool prepper and survival experts he’s learned enough to keep him alive. If he wants to make it from Maine to Texas, though, he’ll have to figure out how to get along with the mysterious stranger that he’s picked up along the way. With skills as strange as her background, Linda’s far more prepared than Frank to survive in a fallen world. But in a world with no safety, no security and no sanctuary it takes more than one person to survive. No Sanctuary is a post-apocalyptic thriller/survival series that asks the “what if” question that lurks in the back of everyone’s mind. What if there was another attack? What if it was larger than any other? What would you do if it came without warning? This is an omnibus edition of No Sanctuary, meaning that this contains the complete series, which consists of the following books: Book 1 – No Sanctuary Book 2 – The Precipice Book 3 – The Fracture Book 4 – The Tempest Book 5 – The Gauntlet Book 6 – The Battle 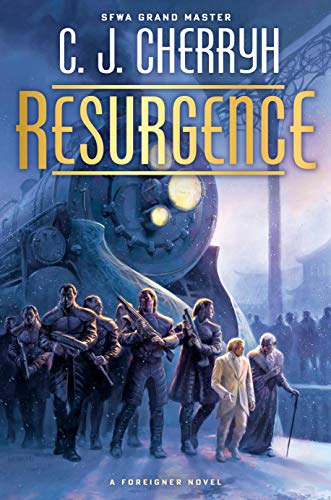 Now in mass market, the twentieth book in the beloved Foreigner saga returns to the trials of diplomat Bren…